Working at 70 expected to be 'new norm'

One in four people think they will still be working at age 70, a survey for insurer Aegon has found. 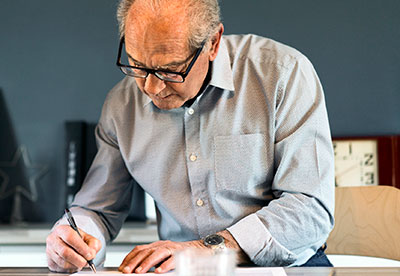 Among respondents, 26.9% expected to be in either full or part-time work when they were 70, and 45.8% expected to still be fit and healthy enough to work then, if they choose to.

Aegon marked the 70th anniversary of the National Health Service by asking a panel of 700 consumers aged 18-64 what might influence their financial wellbeing at 70.

Women were slightly less likely than men to expect to be working at 70, and Aegon said there was a clear move away from the previous practice of women retiring at 60 and men at 65.

The company said the health expectations given were encouraging, but that it was unwise for people to have no fallback plan, should their health prevent them from working by then.

Of the respondents, 50.1% said they would be fit and healthy enough to enjoy their retirement fully, 65.7% expected to be physically active at age 70, 62.6% expected to be mentally agile and 73.5% were confident of financial stability. A total of 19.5% expected to still be financially supporting family when they were 70, and 21.8% were unsure on this.

Aegon pensions director Steven Cameron said: "Being prepared for later life isn't just about the amount you have in your pension, although a healthy pension pot certainly helps.

"There are other influences to consider when it comes to financial wellbeing. You can't predict what life will have in store at age 70, but considering your future in terms of work, health and caring responsibilities will help build a realistic picture of what you should prepare for financially."

He added: "It's clear that people no longer expect to retire at as early an age as their parents, and the state pension age is not the defining 'retirement moment' at which they stop work.

"For some, working beyond the past 'traditional' retirement age will be a lifestyle choice, but for others who put off planning ahead, it could be a financial necessity to cover living costs."