There has been a huge decline in the proportion of UK adults aged 45 and older that expect the government to pay for their social care over the last six years, new research has found. 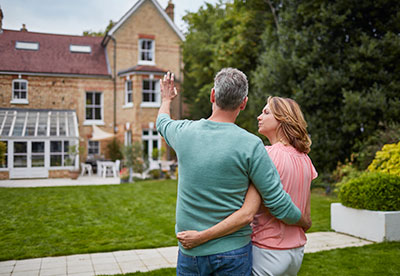 A report published by financial services firm Just Group reveals more than half thought the government would pay for their care in 2011, but that this had fallen to less than a third in 2017.

A growing acceptance that individuals should be responsible for paying for themselves was found, with approximately one-third of over-45s willing to sell their homes if needed.

This comes after the government decided to delay publication of its green paper on social care to the autumn, with Just Group describing the move as a "serious setback" that could undermine financial planning.

"With the number of over-80s set to nearly double in the next 20 years, there is a desperate need for clear direction," Just Group communications director, Stephen Lowe, said.

"Significant numbers of over-45s see the value tied up in property as part of the solution to care funding, yet we know more than half are delaying planning until the new rules are introduced."

The research also found that one-third of over-45s think the government should not pay for people who have a home they could use to pay for social care, although a similar amount disagree.

In addition, the findings show that 69% believe individuals with a home worth £500,000 and no other assets should have the costs of care reclaimed from the house sale after death.

This is split between 13% who believe the full value of the house should be reclaimable, and 56% that think a limited value would be more appropriate.

Lowe said the research shows that savers are "pragmatic", and that attitudes among the over-45s could see billions enter the care sector before the state has to step in and provide additional funding.

However, he added: "By far the biggest problem is that people don't know how the system works or what their financial responsibilities are, and they need government to stop delaying decisions.

"We need a national conversation about paying for care, and part of the debate needs to include the role of incentives in motivating people to make plans earlier in life."