Companies that took part in mergers and acquisitions (M&A) this year have seen share prices drop at a greater rate than at any time since the 2008 financial crisis. 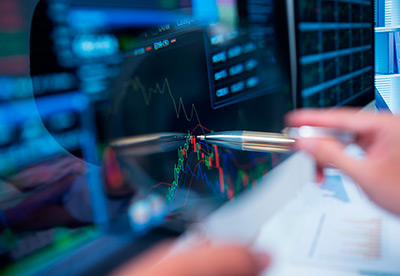 That is according to a quarterly global index by Willis Towers Watson (WLTW), which reveals that the share prices of acquirers underperformed by 6.1% during the three months to June.

This is the biggest drop recorded in at least a decade, with firms struggling to add value amid an M&A environment that should see the actual number of deals beat the post-crisis high of 2015.

This is likely to be the case if solid economics, low interest rates and supportive credit markets persist, according to WLTW's M&A expert for Great Britain, Jana Mercereau.

However, she added: "It's hard to ignore that the last two occasions activity reached similar levels were a year before the financial crash and just before the bursting of the dot.com bubble in 2000."

UK acquirers managed to buck the negative trend, recording a strong share price improvement of 10.6% in the index over the last six months, with these firms often buying overseas companies.

In contrast, North American acquirers significantly underperformed by 4.8%, with overseas deals representing just 13% of those made so far this year, compared to 20% for the same period in 2017.

"British companies have benefited from taking an internationalist stance by targeting foreign businesses, despite Brexit uncertainties looming large and the weakness of the pound," Mercereau said.

Asia-Pacific businesses recorded the worst regional M&A results with a major underperformance of 21.7%, although every region underperformed their respective indices in the second quarter of 2018.

Deals of all sizes typically resulted in falling share prices, with the findings also showing that acquirers underperformed the index by 2.7% on average over the last year.

"As M&A activity accelerates towards its peak, the importance of discipline and strong diligence grows so companies can mitigate risks and avoid the mistake of paying over the odds."