Two in three British adults are worried about machines taking jobs from humans, while three-fifths think automation could trigger an economic crisis in the country. 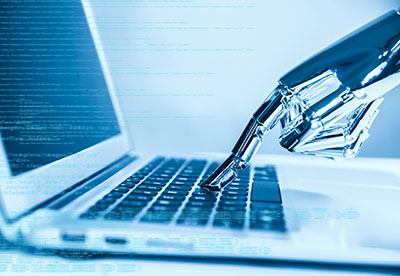 That is according to new research by Streetbees, which finds that a quarter of Brits already believe their jobs could be done by robots today, with roles in manufacturing and finance thought to be most at risk.

To combat this, two-thirds believe there should be rules in place to stop companies replacing staff with machines, with just 15% of the adults studied disagreeing.

"Technology is disrupting the economy and society from top to bottom, and our research shows that people in the UK recognise its potential to completely change how we live and work," Streetbees CEO, Tugce Bulut, said.

"Clearly, many British people aren't sure what technological progress means - not just when it comes to their own jobs and futures, but also for the country as a whole."

The research involved gathering the views of over 3,400 people worldwide, including more than 800 adults in the UK.

When asked what jobs machines will do better than humans in the next 20 years, Brits were most likely to say data processing, followed by data collection and manufacturing.

However, respondents in developing countries were even more concerned about the impact of technology, with 83% of Indians worried machines will take jobs from people, compared with 67% of Brits.

It was also found that 59% of Indians and 65% of Nigerians believe they could loose their job to a machine today, compared to a quarter of British people.

This comes after a report from the Royal Society of Arts (RSA) found that jobs in the finance and accounting sector may be some of the most under threat by automation.

It states that new technology could put people out of work and push down wages, but also boost productivity, phase out mundane work, and improve living standards.

"Whether or not artificial intelligence and robotics helps or hinders workers will come down to the choices we make as employers, policymakers, consumers, investors and the wider public," the report adds.