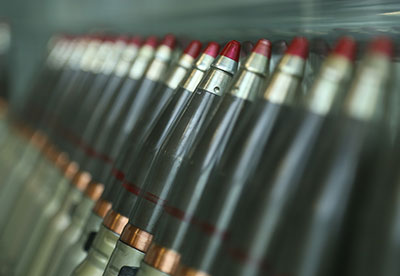 That is according to a new report from investment watchdog ShareAction, which reveals that millions of pension savers could be inadvertently supporting conflicts across the world.

The research also shows that Aegon has no exclusion policy for controversial weapons in any of its funds, allowing investments in anti-personnel mines and cluster bombs.

"Especially in the default fund where the vast majority of new savers are, ensuring savers benefit from proper consideration of environmental, social and governance risk," he added.

The research involved ranking workplace pension providers for responsible investment, with the organisations studied entrusted with the savings of nearly nine million people.

Scottish Widows, Royal London, NOW: Pensions, Aegon and Smart Pension were the bottom five performers, with ShareAction finding that the majority of providers are "lax on tax".

The research shows that only NEST and Royal London have specific policies on how they are actively encouraging responsible tax conduct by investee companies.

NEST is the only provider to have a measurable, time-bound target to reduce its exposure to climate change risks, while the majority also scored poorly on engagement with members.

With a surge in opt-out rates predicted over the next year, workplace pension providers are now being urged to communicate more with members, particularly younger savers.

"This new generation is especially well placed to take the long view and realise the benefits of a retirement plan that is truly sustainable for them personally, for their fellow citizens and the planet," Field added.