An imminent fall in demand for fossil fuels could trigger a global financial crisis greater than the one seen in 2008, wiping trillions of dollars off the global economy. 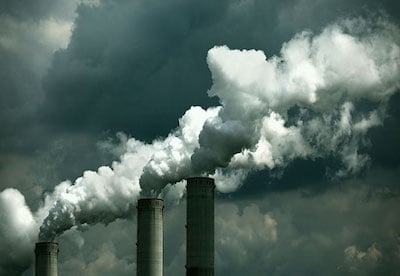 A new study led by researchers at Cambridge University warns how energy efficiency improvements and renewable power are set to cause a steep decline in the price of oil and gas by 2035.

Detailed simulations show this is likely to result in a 'carbon bubble' built on long-term investments to burst, leaving vast reserves of fossil fuels as 'stranded assets'.

This could cost the global economy up to $4trn (£3trn), compared to the $0.25trn loss that triggered the 2008 financial crash, with investors urged to pull out of companies at risk.

"Investment and pension funds need to evaluate how much of their money is in fossil fuel assets - divestment is both a prudential and necessary thing to do," said study lead author, Jean-François Mercure.

"A useful step would be to expand financial disclosure requirements, making companies and financial managers reveal assets at risk from fossil fuel decline, so that it becomes reflected in asset prices."

Published in the journal Nature Climate Change, the study warns there will be clear economic winners and losers as a consequence of stranded assets caused by a fall in demand for fossil fuels.

Major carbon exporters with relatively high production costs like the US and Russia would see domestic industries collapse, which would be worsened by governments continuing to neglect renewable energy.

In contrast, Japan, China and many EU nations that rely on high-cost fossil fuel imports could see their national expenditure fall, and a boost in GDP with the right investment in low-carbon technologies.

The study also warns that a decline in demand for oil and gas is likely to happen regardless of climate policies adopted by governments, possibly adding to political uncertainty and upheaval.

"Our analysis suggests that, contrary to investor expectations, the stranding of fossil fuels assets may happen even without new climate policies," study co-author, Jorge Viñuales, said.

"This suggests a carbon bubble is forming and it is likely to burst. Individual nations cannot avoid the situation by ignoring the Paris Agreement or burying their heads in coal and tar sands."