Business activity across the UKs service sector has hit the highest level recorded since February, with the economy predicted to bounce back after a disappointing first quarter. 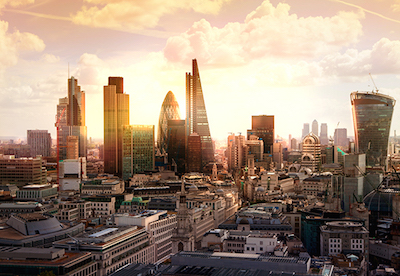 That is according to the latest IHS Markit/CIPS UK Services PMI survey, which gives the sector a score of 54 for May, up from 52.8 in April, and well above the 50 no-change value.

However, new business volumes grew at a relatively subdued rate, with respondents noting that Brexit-related uncertainty continued to hold back decision-making among clients.

"The improvement in activity adds to evidence that the economy is on course to rebound in the second quarter - GDP looks set to rise by 0.3-0.4%," IHS Markit economist, Chris Williamson, said.

"The signs will likely up the odds of the Bank of England hiking interest rates again in the coming months, likely August, but a rate rise is by no means assured."

The findings show that business confidence across the service sector moderated for the third time in the last four months, with respondents worried about Brexit and consumer demand.

It was also found that tight labour market conditions made it difficult for the sector to find suitably skilled staff last month, with employment growth at the second weakest since March 2017.

This also placed upward pressure on staff wages, which along with higher fuel bills, resulted in another increase in costs for the sector.

Despite the higher operating expenses, the latest data pointed to only a modest increase in average prices charged, with competitive pressures constraining a number of firms' pricing power.

"A sharp increase in costs for fuel and wages had businesses stepping up with new products and investment to stay ahead of the game," CIPS group director, Duncan Brock, said.

"Businesses were also looking for quality staff to gain the edge on their competitors, but talent shortages and salary hikes dampened the scope for significant hiring.

"The sector will be looking for an urgent dose of clarity and direction from policymakers with Brexit less than a year away."