A ramble through actuarial history

Voted the greatest British actuary ever by readers of The Actuary in 2003, Frank Redington is most widely known for his development of immunisation theory, a concept he introduced in a paper on life office valuations in 1952. 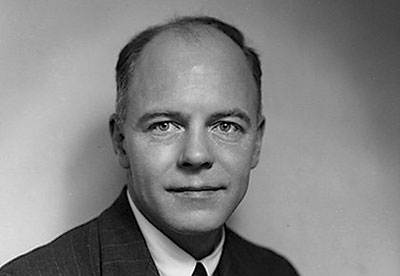 Voted the greatest British actuary ever by readers of The Actuary in 2003, Frank Redington is most widely known for his development of immunisation theory, a concept he introduced in a paper on life office valuations in 1952. It would receive recognition as a contribution to the emerging field of financial economics, which arguably the actuarial profession would not fully engage with for some decades.

Born on 10 May 1906 in Leeds, Redington's mathematical ability gained him an open scholarship to Magdalene College, Cambridge. His love for mathematics led him to begin studying for actuarial examinations during his last year at university. He joined the Prudential in 1928, gained Fellowship in 1934 and became a member of the Prudential management team as an assistant actuary at the age of 39. He was appointed chief actuary at the Prudential in 1951, and continued in that capacity until his retirement in 1968.

The profession was particularly close to Redington's heart and was enriched by his long and distinguished service. He began his operational work at the Institute of Actuaries in 1937 as a member of the Board of Examiners, acting as chairman from 1945-48. He was also a member of the Lever Committee, which reviewed the Institute's education and examination arrangements in 1946. He served on Council for many years, and became a vice-president and then president between 1958 and 1960.

Redington's 'actuarial work of pre-eminent importance' was recognised with an Institute of Actuaries Gold Medal in 1968. To celebrate the 60th anniversary of his being appointed president of the Institute of Actuaries, Redington's family have loaned us his medal to display. Next time you are at Staple Inn, London, be sure to take a moment to view it.

Read more about Redington's actuarial impact in our blog: bit.ly/2ICRRfZ