Most of the UKs largest pension funds are taking action to address the financial implications of climate change, although some still do not consider it a strategic risk. 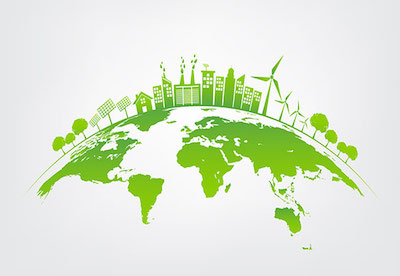 That is according to research by the Environmental Audit Committee, which has found that 19 of the country's 25 biggest pension funds acknowledge climate change as a risk.

However, there are still four that do not formally make this distinction, including the BP Pension Fund, Electricity Pensions Trustee, Aviva Staff Pension Scheme, and Ford Pension Fund.

Pension funds for the Lloyds Banking Group and HBOS were also included in this "less engaged" category, but were removed after the committee admitted it had used incomplete information.

"It is encouraging that a majority say they are taking steps to manage the risks that climate change poses, but a minority appear worryingly complacent," committee chair, Mary Creagh, said.

"Pension funds should at least assess the exposure of their assets to the physical, transition and liability risks from climate change that will materialise during savers' lifetimes."

The funds studied manage around £555bn in assets, with the committee finding that seven have committed to report climate risks based on recommendations from the Task Force on Climate-related Financial Disclosures.

Eight funds are considering whether to report in line with the task force's recommendations, although another eight have no plans to do so.

The findings also show that 20 funds have taken at least one action to address climate risks, 12 have discussed the threat with an actuary, and 12 talk about it at board level.

Despite the committee labelling some funds as "less engaged", Stuart O'Brien, partner at Sackers & Partners, argued that this categorisation might be unfair in some cases.

"Some are likely to have extremely mature investment strategies which probably have only a tiny allocation to equities," he said.

"These schemes may justifiably be approaching climate change risk in a different way."