UK adults are woefully under-protected should serious illness strike, with Brits more likely to have insurance coverage for their mobile phones than their health. 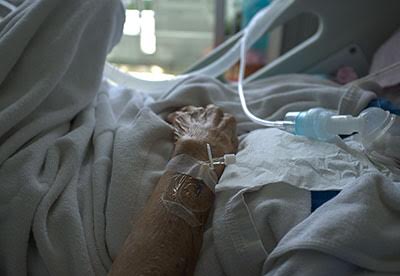 That is according to research from pensions firm Scottish Widows, finding that just 9% of people have a critical illness policy, compared with 12% that insure their mobile phones.

This is despite more than a fifth admitting they would not survive financially if their salary took a hit due to a long-term illness, with two-fifths of households reliant on just one income.

"It's a worrying truth that people are more likely to insure their mobile phones than their own health," Scottish Widows protection director, Gary Burchett, said.

"We increasingly think in the short-term, caring more about tangible things in our day-to-day lives. People aren't thinking about insuring their health or life until it's too late."

The research also shows that just 27% of UK adults currently have life insurance, 7% less than in 2017 and a year-on-year decrease of 3.6 million individuals.

Part of the reason for this 'protection gap' is thought to be a lack of trust for insurance companies, with Scottish Widows saying there is a misconception that firms will do anything not to pay.

It was found that Brits think just one-third of individual protection claims are paid out by insurance providers each year on average, when in reality, 97.8% of claims were paid in 2017.

After being asked why they didn't have life of critical illness insurance, almost one-third of the UK's primary breadwinners said they didn't see the need for cover.

This is despite 35% admitting their savings would last no longer than three months if unable to work, 54% think they would only last a year, while 30% are not saving at all.

"Insurance providers have a role to play in building trust with consumers and helping people prepare financially in case the unexpected should happen," Burchett continued.

"With the legislation establishing our new Single Financial Guidance Body, we view it as essential that of the many things the new body must consider, consumer financial resilience to income shocks resulting from health events is a major one."