There will be an explosion in the number of autonomous vehicles (AVs) sold across the world over the next decade, with Googles subsidiary company Waymo set to dominate the market. 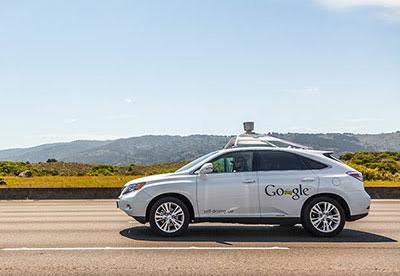 That is according to a new report from Juniper Research, which predicts that one in four new vehicles sold in the US will be driverless by 2026, representing five million sales that year.

There will be approximately 20 million sold globally, with the Far East and China set to at least be on par with North America and Europe in terms of the number of AVs deployed.

The report also forecasts around 45 million on-road vehicles with some form of driverless capability by the end of this year, which is expected to reach 100 million by 2020.

"The introduction of fully autonomous technologies will mean that the focus will shift from how drivers get from A-B to how the occupants use the journey time," research author, Michael Larner, predicted.

Juniper Research said heavy investments by car companies were driving the AV market, along with government policies, drivers getting used to driverless functions, and competition from firms like Google.

It ranks Waymo, Volvo, Tesla, Daimler, and Audi as the top five most promising players in the driverless car sector.

Google is further ahead than traditional manufacturers in terms of the technology and miles tested, with plans already underway for Waymo to be used in smart city strategies for public transportation.

The report also highlights how luxury cars using semi-autonomous technologies will move the market further to full automation, with Larner predicting some "no longer having steering wheels and pedals".

This comes after research from KPMG found that the Netherlands is the most prepared country in the world for driverless cars, ahead of Singapore, the US, Sweden and the UK, which complete the top five.

"Planning today for an AV future is essential, because it is not a question of if, but when, AVs become the dominant mode of transport," KPMG International global head of infrastructure, Richard Threlfall, said.

"It is important to engage all stakeholders - government, business and citizens - in planning for AVs. It's not just about transportation, we need to be prepared for the impact of AVs on all aspects of our lives."