French insurance firm AXA has been ranked the number one company in the industry for managing the financial risks associated with dangerous climate change. 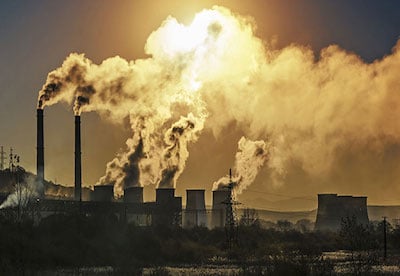 That is according to a new report by the Asset Owners Disclosure Project (AODP), which rates Aviva as the next best insurer for climate change leadership, followed by Allianz.

However, it was found that nine out of ten investment strategies make the Paris Agreement unattainable, with just three US insurers planning to address climate-related financial risks.

"We applaud the leading and innovative approaches taken by the sector's leaders," AODP project manager, Pavel Kirjanas, said. "Unfortunately, there is no time to celebrate.

"While the world is being shaken by climate-induced catastrophes, insurers keep pressing the snooze button."

The report ranks 80 of the world's largest insurers on their management of climate risks, with the companies studied representing $15trn (£11.2trn) in assets under management.

The top 10 firms are shown below:

The UK takes two of the top four spots, with Legal & General the most improved insurer since last year, moving up eight rating bands into fourth position for climate action.

In contrast, US insurers are among the worst for addressing climate risks, with Prudential Financial, AIG and New York Life all scoring one of the lowest possible ratings.

This is despite the country introducing climate disclosure rules much earlier than in Europe, with US portfolios found to be consistent with 6°C of global warming.

That is significantly higher the Paris Agreement's upper limit of 2°C, with the report also revealing that just 0.5% of insurers' assets are in low-carbon investments.

AODP calculated the aggregate allocation of assets in green investments to be around $70bn - far short of the $1.1trn that the UN say is needed to transition to a low-carbon economy.