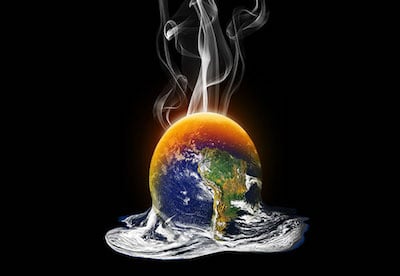 The scheme has invested nearly £7m in Shell on behalf of six million UK workers since it was founded in 2011 to help facilitate the government's auto-enrolment workplace pension reforms.

It said it hoped other investors would now apply pressure on Shell to improve the scope of its climate goals, and also urged the company to link executive pay to targets that support a low-carbon economy.

"Climate change is driving one of the biggest economic trends of our generation, and the oil and gas industry are particularly vulnerable to change," NEST chief investment officer, Mark Fawcett, said.

"Concrete targets, against which executive incentives can be set, are a sensible way to measure progress and enable investors to assess ongoing risks. We hope to see investors joining together on this vital issue."

The shareholder resolution was filed by Dutch investor group Follow This, and responsible investment charity ShareAction, earlier this year, and comes after Shell announced plans to reduce emissions in 2017.

However, NEST said the firm's executive incentives do not support its public commitments, and that it would vote against the company's executive pay structure for a second year running at its annual general meeting.

This comes after the scheme established a climate aware fund to align members' investments with the Paris Agreement by underweighting companies in the highest emitting sectors, and favouring firms showing climate leadership.

The fund also has a voting and engagement strategy to help encourage companies that are not making sufficient progress to do more to future-proof their business models.

"We want to see companies successfully navigating the transition to a low carbon economy and that means them being part of the solution rather than the problem," Fawcett added.