Allianz has announced today that it will no longer offer stand-alone insurance coverage for coal power plants following intense pressure from environmental groups. 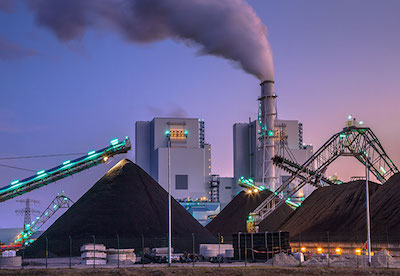 As Europe's biggest insurance company by assets, Allianz's announcement marks a significant step for an industry attempting to cut its ties with fossil fuel companies.

The German insurer will also ban all firms planning to build more than 500MW of new coal capacity from its investment portfolio, introducing the sector's strictest divestment policy to date.

This continues a trend that has seen 16 insurers pull an estimated $22bn (£16bn) from coal companies since 2015, with AXA, Zurich and SCOR all announcing restrictions on underwriting.

According to the official policy, Allianz will cease offering stand-alone insurance coverage for the construction of coal mines and plants, and won't renew existing contracts unless in exceptional cases.

The insurer said it would also divest from companies that depend on coal for more than 20% of their business in the coming years, down from the 30% threshold it announced in 2015.

In addition, firms that do not adjust their greenhouse gas emissions in accordance with the Paris Agreement to limit global temperature rises to 2°C will be gradually removed from its portfolio.

Allianz said its ultimate goal was to completely phase out coal risks by 2040, but that its divestment policy would not apply to the more than $1trn it manages for third parties.

The Unfriend Coal campaign described the announcement as "an important step to making the coal industry uninsurable and uninvestable", but said it does not go far enough.

"Allianz's consequential divestment strategy sets a model for other large investors such as Aviva and Prudential," the campaign's European coordinator, Lucie Pinson, said.

"Like other insurers, Allianz should, however, include the more than $1trn it manages for third parties in its divestment policy."