The UK must broaden its economic indicators in order to obtain a more accurate picture of the risks facing the country, according to the Institute for Public Policy Research (IPPR). 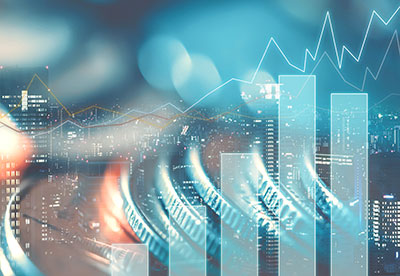 In a paper published today, the think tank warns that focusing on a small number of narrow measurements like GDP makes it harder to identify and tackle the biggest economic threats.

It suggests that indicators like the distribution of the gains from growth should also be taken into consideration, along with the change in poverty rates among children and adults.

This comes on the same day official figures revealed that GDP growth fell to a more than five-year quarterly low of 0.1% in the first three months of 2018, with cold weather thought to be largely to blame.

"There is a real risk that the UK's current range of economic indicators are failing to capture what's really happening in our rapidly changing economy," IPPR chief economist, Catherine Colebrook, said.

"We need to get better at measuring the impact of new technologies, business models and economic goals, which are driving changing economic behaviour and trends."

The paper proposes a new dashboard of five economic indicators, which should then be updated each year.

It states that these would measure progress against the outcomes most people want the economy to deliver, which include broadly shared prosperity, justice and sustainability.

The five indicators are:

 The distribution of the gains from growth
 Change in poverty rates among children and adults
 Change in well-being disaggregated by income
 Gap between the median income of the poorest region of the UK and the richest
 Gap between projected carbon emissions and the cost-effective path to decarbonisation.

"If our economic indicators fail to provide a full and accurate view of our economy, we will struggle to identify problems and take effective action to solve them," Colebrook continued.

"These five indicators would capture how the economy distributes its rewards, whether it is succeeding at reducing poverty, whether people feel satisfied with their lives, and our progress moving to an environmentally sustainable model of growth."