Reforms introduced last November to reduce CO2 emissions in the EU have helped create a marginally better outlook for global warming, according to new research from Schroders. 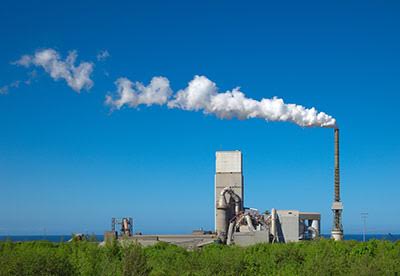 The investment firm predicts that the world will experience a 4°C temperature increase above pre-industrial levels, down from the 4.1°C rise it forecast at the end of 2017.

This is based on Schroders' Climate Progress Dashboard - designed to inform investors on the progress made towards delivering the Paris Agreement to limit temperature increases to 2°C.

It is the first time the dashboard has forecast potentially lower temperatures, and comes after EU carbon taxes/prices reached $15 (£10.8) per tonne at the end of March for the first time since 2010.

Schroders estimate these will have to hit close to $100 per tonne to incentivise emission reductions on the scale needed.

"They still have a long way to go before providing a real incentive to cut emissions on the scale needed to limit temperature rises to 2°C."

The dashboard forecasts are based on a range of indicators, including political ambition, coal production, public concern and renewable energy capacity.

Along with the EU carbon emission reforms, strong growth in electric cars sales in the first quarter of this year was also a key factor behind the marginally better outlook.

The research highlights an influential survey in the US that found worries over the impact of global warming had waned, while internet searches for climate change have fallen to half the highs reached 18 months ago.

"This quarter has marked the first drop in the temperature rise implied by the Climate Progress Dashboard, but the improvement is marginal relative to the reductions still needed," Howard added.