The number of personal injury motor insurance claims in the UK has fallen to the lowest level recorded in almost a decade, official government figures reveal. 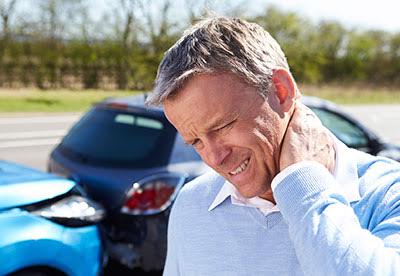 Published by the Department for Work and Pensions, the data shows there were 650,019 motor injury claims in 2017/18 - approximately 21% less than five years earlier.

This is the lowest amount recorded since 2008/2009, with campaigners now calling on the government to rethink proposed whiplash reforms announced last month.

These include setting fixed amounts for whiplash claims and ensuring medical evidence is provided before handing out compensation.

"The government justified these reforms on two key arguments: that there is a whiplash epidemic and that motorists would receive £35 off their car insurance," Access to Justice spokesperson, Andrew Twambley, said.

"Now the government's own figures show that overall claims numbers are falling, and falling faster with each passing year."

The whiplash reforms were included in the Ministry of Justice's new Civil Liability Bill, along with changes to the rate used by insurers to calculate personal injury payouts.

This was said to be part of an effort to clampdown on the UK's "compensation culture", thought to be partly responsible for car insurance premiums increasing by 8% over 2017.

The government said the changes would result in approximately £1bn in savings for insurers, which could then be passed on to customers.

The bill is being debated today in the House of Lords, however, Association of Personal Injury Lawyers president, Brett Dixon, said injury claims are not behind rising premiums, and that "mischief clearly lies elsewhere".

"Insurance industry evidence shows very clearly that the cost to insurance companies of motor injury claims has been falling for a long time, by 21% since 2013 to be precise," he said.

"Any concept of fairness or compassion or help for genuinely injured people will be sacrificed for the empty promise of cheaper car insurance."