Commonwealth countries should agree what constitutes best practice in financial services as part of an effort to kick-start economic growth around the world. 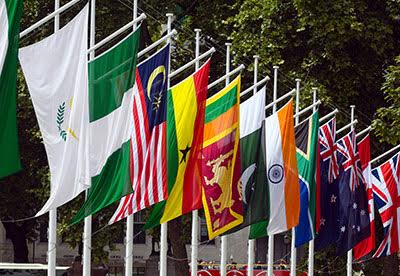 That is according to a report released yesterday by the Institute of Economic Affairs, and comes as government leaders descend on London for the biennial Commonwealth Heads of Government meeting.

It argues that poorer Commonwealth countries are adversely affected by a lack of access to services, and that this year's meeting provides an opportunity to accelerate financial inclusion.

This comes as the UK looks to strengthen its ties with countries outside the EU post-Brexit, with the report outlining how agreed standards could help stimulate trade and competition.

"If the Commonwealth can play an active role so that barriers to growth are overcome, the competitive markets created will spur economic activity, lifting billions out of poverty," report author, Shanker Singham, said.

"With its powerful network effects across the most developed economies and some of the world's smallest micro-states, diversity is its strength."

The report states that there has been a dramatic increase in technical barriers to trade since 2005, with the World Trade Organization failing to facilitate services liberalisation.

While large firms and incumbents can manage the costs of these barriers, it is thought that smaller companies will be forced to exit the market, increasing inefficiency and costs for consumers.

It argues that the bloc's shared alignment around concepts such as English common law should also help it bring businesses together that can integrate into global supply chains.

"The Commonwealth is uniquely positioned to play a significant role in unlocking the pressing problem of today: a lack of wealth creation leading to stalled global growth and the consequent loss of opportunity and hope for people all over the world," Singham added.