Self-employed workers on Universal Credit could be worse off than employees on the same benefit even if their earnings are identical, Citizens Advice has warned. 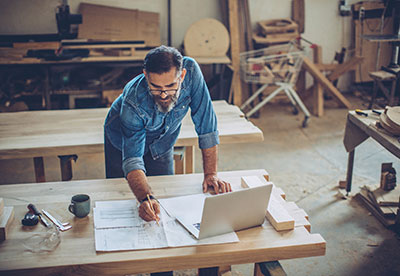 The charity said Universal Credit fails to recognise that the self-employed often earn different amounts from one month to the next, and assumes they are on the National Minimum Wage.

If a worker earns less than the minimum wage, Universal Credit will not make up the difference, but if they earn above this threshold, their benefit payment will be reduced accordingly.

As a result, Citizens Advice concluded that a self-employed worker could be £650 worse off a year on Universal Credit than a regular employee would be.

"The government needs to look again at the design of the benefit to ensure self-employed and agency workers aren't left at a financial disadvantage."

The number of claimants of Universal Credit is expected to double over the next year to 1.2 million, with 7.2 million households expected to be receiving the benefit by 2022.

Citizens Advice has published two reports detailing their concerns, with one outlining how 2.1 million working households could receive less money than under the old system.

Those affected could see their incomes fall by an average of £100 a month, with the charity finding that 26% do not believe they would be able to make up the shortfall through increased employment.

It was also found 23% have caring responsibilities that could inhibit them from finding further work, and that 18% wouldn't be able seek additional employment because of a disability.

"The government should reassess the work allowance reductions to ensure workers who can't increase their income through employment aren't left struggling, while better incentivising those who can," Guy said.

"Failure to do this risks undermining two of the core purposes of Universal Credit - to incentivise people to move into and progress in work, and provide low-income families with financial security."