Financial services sector fears Brexit more than any other threat

Brexit is seen as by far the biggest threat to the UKs financial services sector this year, with cross-border access predicted to be the greatest challenge arising from the UK leaving the EU. 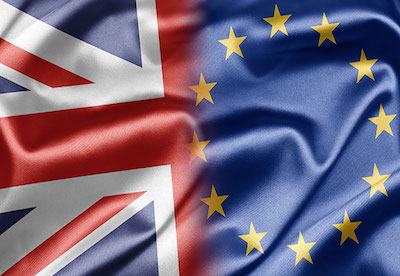 That is according to a survey of 107 business leaders by Lloyds bank, which finds that more than half are worried about the effects of Brexit, with 28% saying it is the most significant risk they face in 2018.

It was also found that almost three-quarters expect UK economic growth to be weaker than in any other G7 country this year - dramatically more than the 23% that held that view in 2017.

"As the biggest industry in the UK, the financial services sector is a crucial bellwether for the nation's economic prospects," Lloyds Bank commercial banking managing director, Robina Barker-Bennett, said.

"Fears about Brexit are looming large as the final countdown begins to March 2019. There is a real risk that our growth will be slower this year than in all other advanced nations."

Respondents to the survey included boardroom and senior executives across a broad spectrum of institutions, including global banks, asset managers, insurers and private equity firms.

Cross-border access is the greatest Brexit-related concern, highlighted by 48% of those surveyed, followed by regulatory equivalence and a trade deal, cited by 25% and 10% respectively.

Despite these fears, two-thirds are optimistic about their own prospects for the year ahead, with 64% expecting revenues to increase in 2018, while most believe costs, investment and employment will remain stable.

It was also found that 88% think the UK will remain the most prominent hub for financial services after Brexit, and that 54% are not thinking about moving any operations to the continent.

"There is an unmistakable confidence that the UK will hold on to its position as the single most important hub for financial services in Europe," Barker-Bennett continued.