One in five Brits expect to work till they drop

One-fifth of UK adults believe they will work until they are physically unable to, while one in twenty expect to be working all their lives, new research has found. 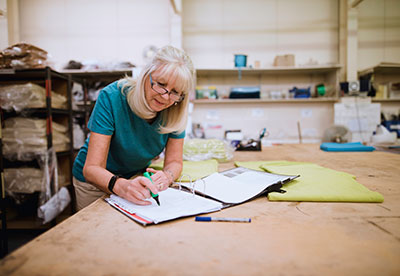 That amounts to three million people that think they will work until they die, with young people found to be least hopeful of retiring by the time they are 65.

It was also found that half the adult population anticipate they will be at least working part-time after retirement age, and that a fifth think this will be forced on them rather than a choice.

This is despite minimum workplace pension contributions increasing from 2% to 5% of earnings tomorrow, with the findings suggesting many believe they may not be able to enjoy their savings

Robert Cochran, retirement expert at Scottish Widows, which commissioned the research, said: "While the idea of a 'cliff edge' retirement has been disappearing in recent years, this is a necessity rather than a choice for too many workers."

Two-fifths of people fear completely running out of money in retirement, with this sentiment particularly prevalent among women, with 43% worried about the prospect, compared with 34% of men.

This fear might be partly explained by the finding that 44% of people are not saving the 12% of their salary that Scottish Widows recommend each year, which is more than double the new minimum pension contribution levels.

It was also found that the majority of adults have no contingency plans for increasing costs in later life, with 22% having never thought about the costs of nursing, and instead expecting to rely on the state.

Cochran said that pension auto-enrolment had improved the retirement prospects of many, but that an increasing number of people will start to save more in retirement.

"With life expectancy expected to continue rising, it's worthwhile remembering that saving for the future doesn't need to stop at 'retirement age'," he continued

"Only a third of people who expect to carry on working past retirement age think they will continue to pay into a pension - over time this number is likely to go up."