The difference between what British men and women receive in retirement income is almost three times larger now then it was 10 years ago, new research has found. 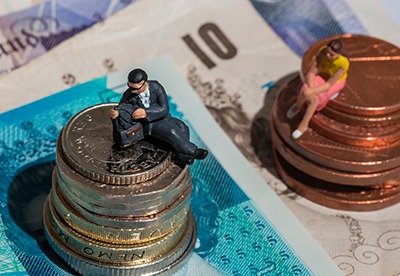 After analysing the latest government data, insurance company Royal London found that the gender pension gap widened from £31 a week in 2006/07 to £85 in 2016/17.

It was also found that women's average incomes increased by just 7% in real terms during that time, compared with a 23% rise for men.

"These figures reveal a shocking surge in the gap between men and women when it comes to living standards in retirement," Royal London director of policy, Steve Webb, said.

In addition, it was found that the real earnings of single women in retirement have fallen from £21 per week to £19 over the last decade, while men's have more than doubled from £17 to £37.

There has also been a particularly sharp rise in weekly occupational pension incomes for men, which have shot up from £83 to £125, compared to an increase from £58 to £81 for women.

"Having a decent occupational pension and the potential to top up pensions with earnings are the two key factors in having a good income past pension age," Webb continued.

"Much more needs to be done to tackle the disadvantages faced by women in the later life jobs market as well as doing more to ensure women are building up better pensions in their own right in the future."

This comes after research from Aegon found that a 50-year-old man is likely to have approximately £112,000 of pension savings on average, compared to £56,000 for a women of the same age.

"The earlier women are able to address the shortfall, the better," Aegon head of pensions, Kate Smith, said.

"Women in the early part of their career are within touching distance of men's overall savings - by the time pensions freedoms are an option, the pension pots of men are out of sight."