One-third of Brits expect to be working in their 70s

The number of UK employees that expect to work past the age of 70 has nearly doubled since 2010, with this sentiment particularly strong among young people. 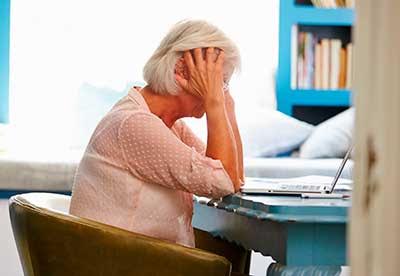 New research from LifeSight, Willis Towers Watson's DC Master Trust, reveals that 32% of British adults expect to still be working in their 70s, compared with 17% that felt that way in 2010.

In addition, 70% of employees think they will be worse off in retirement than their parents, while those expecting to work past 70 are also more stressed and less engaged with their jobs.

"It's worrying that many who are expecting to retire later are not doing so out of choice," LifeSight head of proposition development, David Bird, said.

"This is not just problematic for individuals, but also for businesses. Employers need to harness their experienced talent in the right way to create a productive and happy workforce."

Of those that expect to retire at 70 or over, 29% are "highly stressed" and 34% are in poor health, compared to 10% and 18% respectively of those who think they will stop working before they are 65.

It was also found that 44% of employees believe they will continue working in some form after quitting their main job before they fully retire, with this belief again most prevalent among young people.

This comes after previous research from SunLife found that 85% of people aged over 50 think they retired too early, with this rising to 88% among those who are now older than 70.

On average, those that are retired or semi-retired think they stopped working two-and-a-half years too early, with less than 10% of people over 70 believing they retired too late.

"The fact that people are retiring later is not bad news in itself, as many studies have revealed numerous benefits associated with working longer," Bird continued.

"Businesses need to think about whether their benefit programmes are fit to support an older workforce and provide a productive transition into retirement."