Just one-quarter of investment professionals around the world are confident that Brexit negotiations between the UK and EU will result in a comprehensive trade deal covering goods and services. 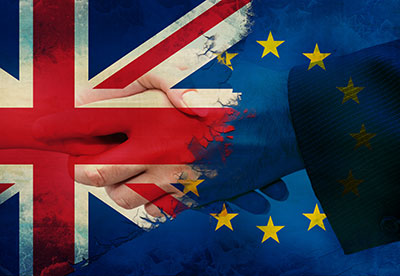 That is according to a survey of 974 investors by the CFA Institute, which finds that a further quarter believe an arrangement covering goods only will be struck, with half the respondents expecting a deal of some kind.

The rest predict the UK to either "crash out" of the EU with no deal on 29 March 2019, remain in the single market, are not sure, or expect other outcomes.

"While we see some signs of optimism, views vary between the markets, and much uncertainty remains over the likely outcome of the Brexit negotiations," CFA EMEA managing director, Gary Baker, said.

Investors outside of Europe are most positive that a deal covering goods and services will be reached next year, particularly in China where 52% expect this to be the case.

For respondents in Switzerland and Germany, the most likely outcome anticipated is that the UK will exit the EU with no deal, with 35% and 30% saying this respectively.

Just 17% of UK investors expect a comprehensive arrangement to be agreed next year, with most predicting a goods only deal.

It was also found that 80% of investors expect Brexit to negatively impact UK returns, with this rising to 90% among EU respondents, and that the majority expect to reduce their presence in Britain.

Most in the UK feel optimistic that the UK will maintain its regulatory alignment with the EU from a financial markets perspective.

However, on the question of delegation restrictions, such as outsourcing of portfolio management, few either in the UK or globally considered the prospect as positive for investors.

The survey results reveal Frankfurt to be the most likely perceived winner from Brexit, followed by Paris, Dublin, Luxembourg and Amsterdam.

"The emotional temperature is falling, but the most recent findings show considerable concern for the UK's competitiveness as a financial centre," CFA Society UK chief executive, Will Goodhart, concluded.