The Office for Budget Responsibility (OBR) expects UK GDP to grow by 1.5% this year after previously forecasting an expansion of 1.4%, Philip Hammond revealed today in his spring statement. 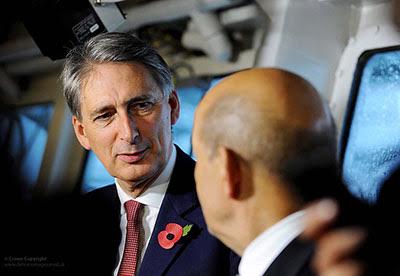 He also said that inflation is expected to ease over the next 12 months, with real wage growth predicted to be positive after the first quarter of 2018-19.

"Much of this was anticipated and it is still fairly cautious with only a modest upward revision to growth of 0.1% to 1.5% this year," Schroders chief economist, Keith Wade, said.

"We should not be surprised, it's too early in the political cycle for anything more bullish and the chancellor himself said that forecasts are there to be beaten."

No new pension policy announcements were made, although lower price inflation could have knock-on effects for final salary scheme funding and future triple lock increases.

The OBR said in a report that productivity growth has been much stronger than expected since the autumn budget last November, but that this was largely thanks to a fall in average working hours.

It also revealed that the financial settlement 'divorce bill' that the UK will pay after leaving the EU on 29 March 2019 is likely to amount to £37.1bn, with around 75% paid over the next five years.

And despite the government announcing earlier this week that 10 million people in the UK can now expect to live to 100, there was no mention of any additional social care funding.

"A growing number of us will need some form of long-term care in later life and funding implications are huge," Aegon pensions director, Steven Cameron, said.

"To allow people to start planning for their share, the government needs to advance urgently its proposals on how much the state will pay and how much individuals will need to fund for themselves."