The World Economic Forums 2017 Global Gender Gap Report tells us that gender parity is over 200 years away. 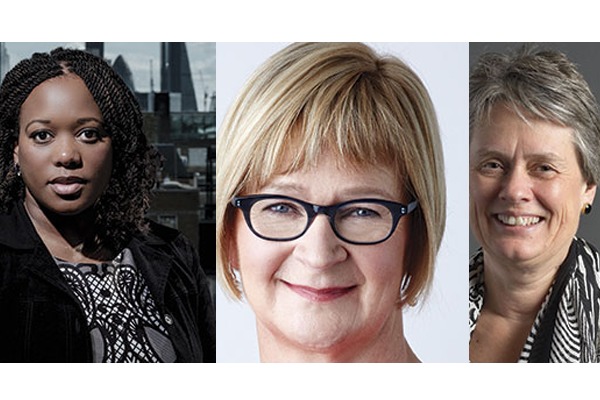 The World Economic Forum's 2017 Global Gender Gap Report (see bit.ly/2yys4Rn) tells us that gender parity is over 200 years away. So this year's theme for International Women's Day (bit.ly/1XkV07k)on 8 March to #PressforProgress could not be more timely. We wanted to take this opportunity to recognise some of those women who have blazed a trail for other female actuaries here at the IFoA and across the industry.

Our current president at the IFoA, Marjorie Ngwenya, follows two previous female presidents, Jane Curtis (2011/2012) and Fiona Morrison (2015/2016). We asked all three what International Women's Day meant to them. Curtis told us that "for me, this provides an opportunity to be proud of what we have already achieved and hopeful of the future that lies ahead for the next generation of female talent". Morrison said: "I love International Women's Day. It provides a real focus: to celebrate women and their achievements; to reflect on the continuing challenge of helping women to achieve their desires and potential; and to give something back to women much less privileged than many of us."

Ngwenya described the day as "celebrating the successes and the progress made by women across the globe. It is an opportunity to unite our voices in showcasing matters such as women's rights, equality and justice, which have had prominence of late."

To mark this annual event, the IFoA's Diversity Advisory Group (see bit.ly/1ZlRGr3) is launching an ambition to target a 30% female participation rate for all IFoA activity in 2018 and beyond. The group is challenging all female members to help achieve this ambition by seeking out and putting themselves forward for roles as conference speakers, working party and committee members, and by contributing to The Actuary magazine.