Slowdown in mortality improvements a 'trend' rather than a blip

Average mortality improvements between 2011 and 2017 were significantly lower than for any other recent six-year period, according to data from Continuous Mortality Investigation (CMI). 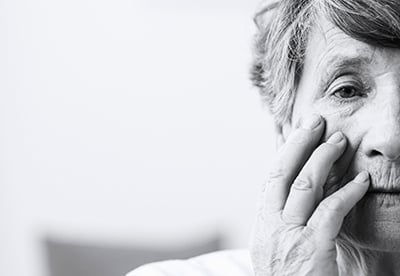 Owned by the Institute and Faculty of Actuaries, the CMI said this provides further evidence that lower improvements are due to persistent influences, rather than short-term events like the 2015 influenza outbreak.

Its latest mortality projections show that life expectancies for both males and females aged 65 at the start of 2018 were around two months less than at beginning of last year.

"There is much debate about the causes of the slowdown, however, this is general agreement in the industry that the numbers are now reflecting a trend as opposed to a blip," CMI chair, Tim Gordon, said.

"Overall, mortality is expected to continue to improve, but this is likely to be at a slower rate in the next few years than in the first decade of this century."

The CMI's projection models have been updated on a broadly annual basis since 2009, and are based on mortality data for the population of England and Wales published by the Office for National Statistics.

They are typically used by pension schemes and insurance companies which need to make assumptions about life expectancies.

The latest model, CMI_2017, shows that average mortality improvements over the six years following 2011 have been 0.5% per year for males and 0.1% for females, which is low compared to the data available since 2000.

Improvements were particularly low in 2016, with a spike in deaths thought to have reduced life expectancies by four months for a 65-year-old man, and six months for a woman of the same age at the start of last year.

However, the CMI said that its models do not make assumptions around long-term mortality improvements, requiring others to assess the reason for changing life expectancies.

"Trustees and sponsors need to consider how this new mortality data applies in the context of their specific membership," LCP partner, Charlie Finch, said.

"They may also wish to consider locking-in some of the gains from lower life expectancies through a buy-in or longevity swap, where the pricing has reduced considerably over the past 12 months on the back of the emerging trend."

This article appeared in our February 2018 issue of The Actuary.
Click here to view this issue
Filed in
02