Retirement wealth seen as a bigger worry than health

More people are concerned about their wealth in retirement than they are about staying fit when they are older, according to research released today by Aegon. 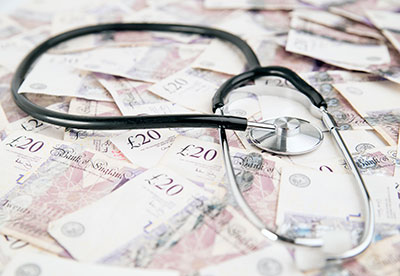 It shows that 41% of UK adults are worried about their ability to retire comfortably, compared with 10% that are concerned about their future health.

An additional 49% say they worry about both of these issues, but despite this, it was found that 62% of people lack financial goals or a plan for 2018.

"It's concerning to see so many people are worried about their ability to retire comfortably, yet so few have taken steps to address this with a financial plan," Aegon head of pensions, Kate Smith, said.

"It might seem far in the distant future but you will only be able to retire comfortably if you start planning for it now - whether you are 25 or 45 - the sooner the better."

Even though more people are concerned about their wealth than health in retirement, the research shows that exercising more, losing weight and healthy eating were the top New Year resolutions for 2018.

Managing finances more effectively was fourth on the list, with Smith adding: "Some goals require long-term plans, they aren't things that can be achieved in just a year. Retirement is one of them."

This comes after research from Aviva at the end of last year showed that the UK is facing a midlife "savings crisis", with one-fifth of people in their fifties and sixties unable to put anything aside for retirement.

It also showed that two-thirds of people aged 50-59 are failing to ramp up pension saving as they get older, despite 51 being the average age they expect to reach their peak earnings.

In addition, it was found that 43% of people in their fifties either save infrequently, or not at all, and that four million older workers have not calculated how much they will need in retirement.

"It is worrying to see so many of the UK's older workers in the dark over how much they need to save to afford a comfortable retirement," Aviva Savings and Retirement managing director, Lindset Rix, said.

"Planning and provisioning for retirement can be a great unknown, and complicated for many, but burying your head in the sand will only worsen the situation."