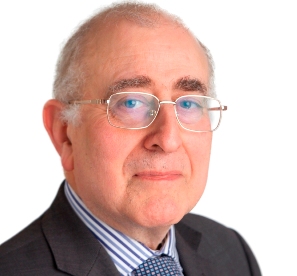 Edward Michael Belmont was born in 1950 in Tonbridge in Kent.  Ted's family moved to South Wales when he was young and he attended Croesyceiliog Grammar School, Cwmbran.  He gained a place at Jesus College, Oxford University to study Mathematics and graduated in 1971.

Ted joined Legal & General in Kingswood, Surrey and qualified as a Fellow of the Institute of Actuaries in 1976.  Shortly after qualifying as an actuary Ted joined Buck Consultants in 1979 and moved to Leeds.  Ted worked for Buck Consultants for around 20 years spending time in both their Leeds and Manchester offices.  In 1999 Ted joined Hogg Robinson in Leeds which (after some name changes) ultimately became Xafinity.

After nearly 40 years working in the Leeds pension community, Ted was a well known and well respected figure.  He knew everyone who had worked in the Leeds pensions market for more than a few years and everyone knew him.  The number of message of sympathy we have received in the office over the last few days is testament to how well liked he was.

Ted led the Xafinity client teams on a range of different clients, and was an important figure in the growth of the Leeds office over the last 20 years.   He was always willing to give everyone the benefit of his wise counsel, and he was eager to pass on his experience to the next generation of actuaries. Ted was conscientious and had a great affinity for his clients; feeling a personal responsibility to ensure they had the best advice he could provide. Even up until the last few months of his illness he was quite likely to be the last person to leave the office.

Ted was also an enthusiastic participant in the wider pensions world and was an active member of the Association of Consulting Actuaries, until very recently sitting on their Main Committee.

Ted was due to retire from Xafinity at the end of the year, but in June suffered a relapse of a previous condition and died after a short spell in hospital.

He was interested in genealogy and spent many hours researching his family tree heritage and was able to combine this with his love of travel.

Ted was a much loved husband of Linda, to whom he had been married for many years, and he also leaves a son, James, and two grandchildren. Our thoughts are with them.

Overall, Ted was a great colleague and a consummate professional with his clients. We will all miss him very much.

This article appeared in our January 2018 issue of The Actuary.
Click here to view this issue
Filed in
01
Also filed in
People & Social News