Natural disasters result in record-breaking losses for insurers in 2017

A series of natural catastrophes last year will cost the insurance industry $135bn (£100bn)  the highest amount ever recorded, according to analysis by Munich Re. 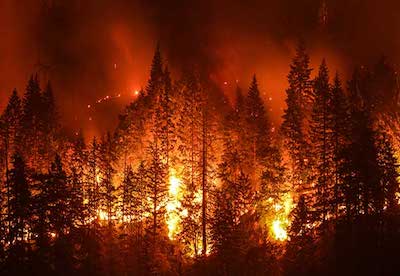 This was largely due to hurricanes Harvey, Irma and Maria, which struck the US in the second half of last year, while a severe earthquake in Mexico also contributed significantly to the total bill.

Insured losses for 2017 were almost three times the ten-year inflation-adjusted average of $49bn, with 710 relevant catastrophes recorded, compared with the yearly average of 605 over the last decade.

"This year's extreme natural catastrophes show how important insurance is in absorbing financial losses in the wake of such disasters," Munich Re board member, Torsten Jeworrek, said.

"For me, some catastrophic events are giving us a foretaste of what is to come, because even though individual events cannot be directly traced to climate change, our experts expect extreme weather to occur more often in the future."

Total losses, including those that were uninsured, are expected to amount to $330bn - the second highest amount on record, only beaten by the $354bn incurred in 2011 when the Tohoku earthquake hit Japan.

The US accounted for 50% of the losses last year, compared to the long-term average of 32%, with the hurricane season incurring losses of $215bn - the most costly on record.

Hurricane Irma, which caused widespread destruction across the Caribbean and Florida, was the most expensive for insurers, costing around $32bn, while Hurricane Harvey incurred the highest total losses of approximately $85bn.

The analysis also shows that just 41% of the losses for 2017 were covered by insurance, with Munich Re US CEO, Tony Kuczinski, saying this highlights the continuing insurance gap that even exists in highly developed markets like the US.