The UKs service sector experienced a moderate increase in workforce numbers last December, but the rate of job creation was the lowest recorded in nine months. 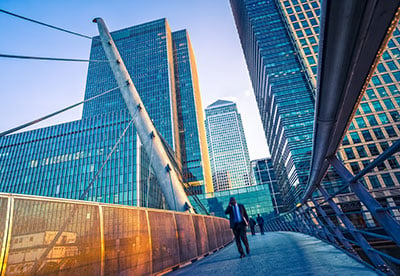 That is according to the latest IHS Markit/CIPS UK Services PMI survey, which indicates that efforts to reduce operating costs may have acted as a break on employment growth.

It shows that input price inflation hit a three-month high, reflecting higher transportation costs, staff salaries and utility bills in December, with average prices charged increasing at a robust pace across the sector.

Despite this, business activity picked up last month, which taken together with PMI surveys for manufacturing and construction, indicate the economy grew by 0.4-0.5% in the last quarter.

"The likelihood is that the resilience of the economy will be increasingly tested by the prevailing uncertainty and anxiety about the future in the absence of greater clarity regarding a favourable Brexit outcome."

The service sector increased from 53.8 in November to 54.2 in the IHS Markit/CIPS business activity index last month, with any value above 50 signifying an improvement, and anything below that a deterioration.

The second-fastest upturn in output since last April was recorded in December, with higher levels of business activity having now been found for seventeen months running.

In addition, business optimism picked up to a seven-month high in December, with 43% of respondents expecting a rise in activity over the course of 2018, which was linked to new product launches and hopes of higher demand.

However, this degree of confidence remained subdued in comparison to the long-term survey average, while the upturn in new business volume was the slowest recorded since August 2016.

"Service providers retain an upbeat view of overall business prospects for the next 12 months, but the direction of travel is expected to be slow and steady over the course of 2018 which fails to excite anyone looking for greater returns," CIPS director of customer relationships, Duncan Brock, commented.