2017 one of worst years recorded for global reinsurance market

Extreme weather events in the second half of last year are set to result in 2017 being one of the worst twelve months recorded for the global reinsurance market. 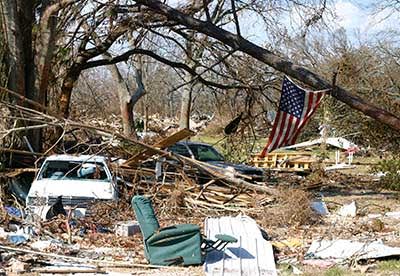 A report released today by Willis Re reveals that estimated catastrophe losses of $136bn (£100bn) last year coincided with constrained profitability for the wider market.

At the same time, prior-year reserve releases slowed, with traditional reinsurers supplemented by insurance-linked securities capacity, which has grown to $75bn.

This helped weather the first major test for a number of funds, according to the report, with investors now prepared to recapitalise funds and provide liquidity for trapped capital.

"Clearly the 2018 renewal season will for many reinsurers be a disappointment in terms of the rating levels achieved," said James Kent, global CEO at Willis Re, the reinsurance division of Willis Towers Watson.

"However, this must be balanced against the ability of the market to provide buyers with stability of capacity at reasonable prices with an orderly renewal process, which demonstrates the growing advancement of the market.

"As society as a whole is starting to look more closely at the role the global reinsurance market can play in helping to close the economic loss gap, the stability of the market bodes well for its future development."

The report suggests that pricing corrections have not seen a significant spike due to strong reinsurance market capitalisation, along with losses being split over a number of different events and largely retained in the primary market.

It also shows that catastrophe losses stopped a further downward movement in risk-adjusted rates in most markets and classes.

This comes after research from ClimateWise revealed just 30% of catastrophic losses caused by extreme weather events have been insured over the last decade, creating an insurance protection gap of $1.7trn.

It highlighted how only one-fifth of homeowners in Greater Houston had flood cover when Hurricane Harvey struck the US last August, and that insurance penetration is even lower in developing countries.

"Insurers must start proactively exploring where, within their own value chains, and collaboratively across the industry, these opportunities lie."

This article appeared in our December 2017 issue of The Actuary.
Click here to view this issue
Filed in:
12
Share