Inflation jumps to near six-year high

UK consumer price inflation increased from 3% in October to 3.1% in November  the highest rate recorded since March 2012, according to data from the Office for National Statistics (ONS). 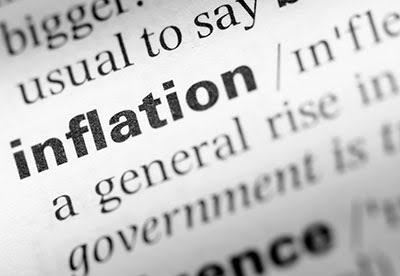 This comes after many economists stated their belief that inflation had peaked following the Bank of England's (BoE) decision to raise interest rates from their historic low of 0.25% to 0.5% last month.

However, today's figures show households are still feeling the pinch following the depreciation in value of the pound after the Brexit vote, with wages last found to be rising by just 2.2%.

"The news brings the UK's cost of living squeeze into focus once more, but labour market figures due tomorrow are expected to show a jump in pay growth to 2.5%," Hargreaves Lansdown senior economist, Ben Brettell, said.

"Inflation should fall back next year as the currency effect eventually works its way through the figures, and with wage growth picking up, we should see an end to falling real pay in due course."

The ONS said the largest upward contributor to rising inflation between October and November was transport costs, which increased by 0.1%, compared with a fall of 0.3% during the same period last year.

In addition, food and non-alcoholic drink prices have increased by 4.2% since November last year - the highest rate recorded since 2013.

BoE governor Mark Carney will now have to write to the chancellor explaining how he intends to bring inflation back down to the bank's 2% target, which he is required to do if inflation is above 3% or below 1%.

"At least it'll be an easy letter to write, and he'll have a ready answer as to why inflation is so high - we're still seeing the effect of the weaker pound filtering through to prices." Brettell commented.

It is thought that the BoE may be tempted to raise interest rates again over the next year to tackle inflation, while there are also fears that rising costs could tempt workers to opt-out of automatic pension saving.

"This would provide short-term relief from inflation, but is storing up problems for the long run," Aegon head of pensions, Kate Smith, said.