Nearly a third of the UKs largest financial services firms have signalled their intention to move jobs out of the country as a direct consequence of Brexit. 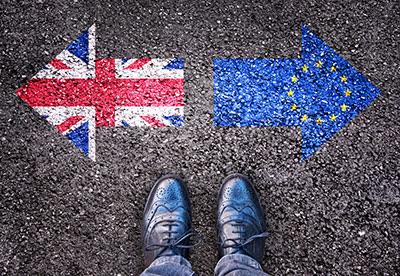 That is according to new research by EY, which reveals 68 out of 222 companies could relocate staff, 26 of which are banks or brokerages, 17 asset managers, 13 insurance firms and 12 FinTechs.

It is estimated that 10,500 jobs could have left the UK prior to the first day after Brexit - 2,500 less than thought last year - with Dublin and Frankfurt emerging as the most popular destinations.

"Firms are working hard to find viable solutions that will allow them to continue to serve their customers and satisfy regulators with minimum disruption," EY UK financial services leader, Omar Ali, said.

"While the relocation of this number of roles will have a significant impact on the smaller financial services centres on the continent, it is unlikely in the short-term to threaten London's role as Europe's main financial hub."

EY's Financial Services Brexit Tracker monitors the public statements of the UK's largest financial services firms, 14 of which say they might move client facing 'front office' jobs to the continent.

In 2016, 12 companies said they could relocate their operations and staff as a result of any type of Brexit, with this number since rising to 26, despite a fall in the predicted number of jobs moving.

Nearly a fifth have now confirmed at least one relocation destination in Europe, compared with 4% last year.

Dublin and Frankfurt have attracted 14 and 12 companies respectively since the day of the referendum result, with Luxembourg the next most popular, attracting eight firms, followed by Paris with six.

"The increase in the number of firms publicly setting out their contingency plans highlights the level of planning the sector has done," Ali continued.

"The announcement on Friday sent a wave of relief across the City, as it signalled an intention to agree a transitional period as early as possible next year and the starting point for negotiations on future trade deals.

"Both of these are fundamental to avoid adding any additional risks to the system and for the future strength of the UK financial services industry."