UK GDP is expected to grow at a rate of 1.5% this year and next before falling to 1.3% in 2019, according to forecasts released today by the Confederation of British Industry (CBI). 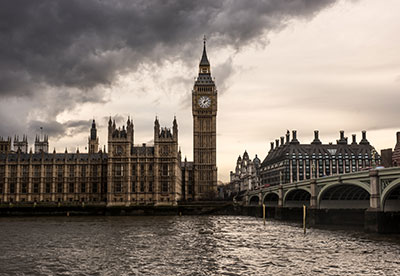 The business group said it expects "subdued" quarterly growth of 0.3% for the next two years - approximately half the rate seen since 2013 - with Brexit uncertainty continuing to weigh on business investment.

In addition, it believes that the Bank of England will raise interest rates to 1.25% by the end of 2019, and that inflation will gradually ease after peaking at 3% in October this year.

"After a timid 2017, UK economic growth is set to remain steady but sluggish, with less pep than we've seen over the past few years," CBI chief economist, Rain Newton-Smith, said.

"The lacklustre rates of growth that we're expecting come against the backdrop of several years of persistently weak productivity, which is pushing down on the UK's supply potential."

This is thought to be particularly true in the Eurozone, with the CBI arguing that now is a good time for British businesses to look at new exporting opportunities, especially with the lower value of the pound.

The predictions assume that an agreement with the EU on a time-limited transition period is reached sometime early next year, ensuring a relatively smooth transition to a new relationship with the bloc.

However, the CBI argues that forecasts for UK growth are subject to a high degree of downside risk - particularly in 2019, where a more disorderly outcome from Brexit negotiations could cause widespread disruption.

"It is vital that progress is made in negotiations with Brussels, particularly in providing more clarity around transitional arrangements," Newton-Smith continued.

"Failure or deadlock would have an immediate impact on people's lives - it's time to put people and prosperity above political point scoring."