Sharing administration and transaction resources between investment managers could save a typical defined benefit (DB) pension fund £700,000 a year in fees. 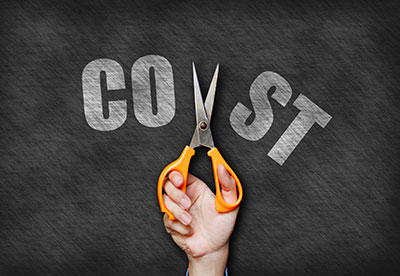 That is according to new research by the Asset Management Exchange (AMX), which shows the average annual investment management costs for a £250m fund with five different managers total around £2.1m.

This is based on a hypothetical actively managed portfolio, 55% of which is allocated to active global equities, 30% to active bonds, and 15% to diversified growth funds.

However, by pooling resources through a centralised structure, the research shows such a scheme could cut these costs by 28-39%, saving between £600,000 and £800,000 every year.

"By centralising these functions and reducing or eliminating duplication, we believe the UK pensions sector could save millions, even using cautious assumptions."

The AMX's cost estimates are considerably higher than those reflected in a recent survey of funds by The Pensions Regulator which suggested they were around £540,000 a year.

"Our calculations suggest that many UK pension funds could therefore be underestimating their costs by almost four times," Jaegemann added.

PricewaterhouseCoopers released figures today indicating that the collective deficit of DB pension funds in Britain has increased by £40bn to £450bn since the end of last month.

This was due to long-term real interest rates driving a £60bn in increase in liabilities, with the AMX analysis suggesting that a £700,000 saving for funds would represent around one-sixth of a typical sponsor's deficit contribution.

"Greater transparency in fees paid by institutional investors, though obviously a good thing, is only really useful if it inspires meaningful actions to reduce costs," Jaegemann concluded.

The AMX was set up by Willis Towers Watson earlier this year to reduce cost and resource duplication for schemes, providing centralised back office and standardised fund infrastructure.