Philip Hammond confirmed GDP growth and business investment for 2017 is likely to be lower than previously expected in his autumn budget today. 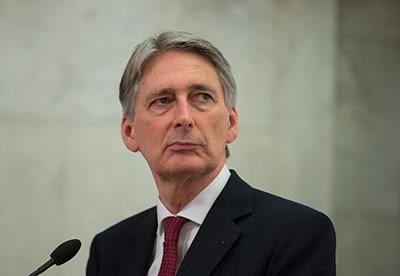 The chancellor said the Office for Budget Responsibility forecasts the UK economy to grow by 1.5% this year, down from the 2% predicted in March.

"These revisions to productivity will knock nearly 3 percentage points off nominal GDP growth over the next five years," Center for Policy Studies head of economic research, Daniel Mahoney, said.

Hammond also announced there would be an immediate cash injection of £350m into the NHS to help over the winter months, and that £10bn would be invested over the course of the current parliament.

However, there were no new pension-related changes in the budget, which will be warmly welcomed by retirees following rumours the chancellor was looking to cut tax relief for pensioners.

"This is particularly remarkable because he needs an extra £8bn for the expenditure to which the government has already committed," commented deVere Group chief executive, Nigel Green.

The chancellor outlined his hope that the UK will lead in a new "technological revolution", committing over £500m in a range of initiatives from artificial intelligence, to 5G and full fibre broadband.

In addition, he explained how driverless cars would be a feature of the changing digital landscape, but that electric vehicles must come first, pledging £400m for charging infrastructure.

Hammond argued mathematics would be key to this new digital economy, saying the government would provide £40m to train teachers, and give £600 to schools for every additional pupil who takes A-level or Core maths.

After recent reports highlighting illegal air pollution levels, the chancellor announced a tax hike on diesel cars from April next year, and that the levy would fund a new £220m Clean Air Fund.

"This is an opportunity to restrict the use of highly polluting vehicles and really protect the air of our city centres in particular," Ramboll Environ technical director, Bram Miller, said.

Hammond also announced there would be an extra £3bn on top of the £700m already put aside for Brexit preparations, and that more would be allocated if necessary, adding: "No one should doubt our resolve."