Insurers to gain most from opening up of Chinese financial sector

Insurance firms have the most to gain from Chinas recent decision to ease restrictions on foreign ownership of its financial institutions, according to analysis by S&P Global Ratings. 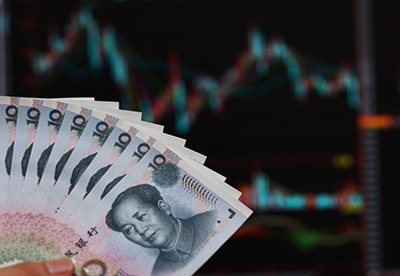 It highlights how the country's 28 foreign-invested life insurance companies accounted for just 6.5% of the gross premiums written as of August this year.

For this reason, it is expected that global insurers will be particularly interested in China because they will be advancing from such a low base.

It is also thought that the prospect of eventual control in the world's fastest-growing insurance market will provide a further incentive to international investors.

"Once foreign insurers have the scope to take controlling stakes, they will have a bigger say in areas of business strategy and risk governance," S&P Global Ratings analyst, Eunice Tan, said.

"This could waylay earlier concerns around unaligned interests among shareholders in domestic-international joint ventures."

Up until now, foreigners have been prohibited from owning majority stakes in financial sector companies, however, China's state council has committed to relax or end these restrictions.

The country's pledged deregulation is also likely to attract interest in fund managers and securities firms, particularly the latter, which is already the subject of strong interest from global investment banks.

However, the possibility of foreign investors gaining very significant stakes in major Chinese banks and distressed-asset management companies is thought to be remote due to the large capital investment required.

S&P Global Ratings said that it believes it is in China's interest to strengthen resilience in its financial system by opening the playing field to wider foreign competitors.

It argues this has the potential to usher in global best practices in governance, risk management and operations, while further internationalisation is unlikely to displace domestic leaders.

"Chinese financial institutions have a large lead and will continue to enjoy a home-field advantage," Tan continued.

"Foreign entrants will still rely on domestic franchise for access to customers and local knowledge."