Insurers with over $4trn (£3.05trn) in assets have announced a $20bn divestment from coal, with a growing number refusing to underwrite any new projects. 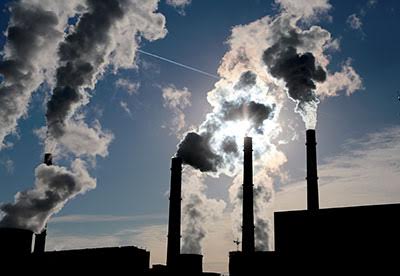 That is according to a new report from the Unfriend Coal campaign, which reveals 15 of the world's 25 biggest insurers have taken action on coal, including Zurich, Swiss Re and Lloyd's.

However, it was also found that no US insurer has taken meaningful action to prevent the risk of climate change, and neither have several major European companies including Generali, Hannover Re, Chubb and Mapfre.

"Insurers manage $31trn of assets, and by shifting investments from coal to clean energy, they can accelerate the transition to a low-carbon economy," Unfriend Coal coordinator, Peter Bosshard, said.

"If insurers cease to cover the numerous natural, technical, commercial and political risks of coal projects, new coal mines and power plants cannot be built and existing operations will have to shut down."

Unfriend Coal has published a coal 'scorecard' for 25 of the largest direct insurers, life insurers and reinsurers, ranking their performance on three key criteria. The results are shown below: 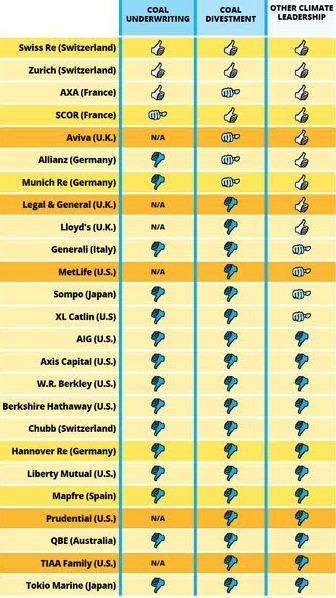 AXA was the first global financial institution to shun investments in coal in 2015, and became the first to announce it would no longer underwrite coal projects this year.

In addition, the company has said that it is ending coverage to mining or electricity companies that derive more than 50% of their turnover from coal, and so has Zurich.

However, Swiss Re, Allianz and SCOR use a tighter 30% threshold, preventing them from investing in some of the world's most aggressive coal developers, such as Korea's KEPCO, Japan's J-Power and Malaysia's Tenaga.

Unfriend Coal is calling on companies to adopt a 30% threshold for their own and third-party assets for equities and bonds, with Bosshard adding: "Coal needs to become uninsurable."


Sign up to our free newsletter here and receive a weekly roundup of news concerning the actuarial profession
This article appeared in our November 2017 issue of The Actuary.
Click here to view this issue
Filed in:
11