Internet-sales giant Amazon has started recruiting insurance professionals in London as it attempts to cause widespread disruption to markets throughout Europe. 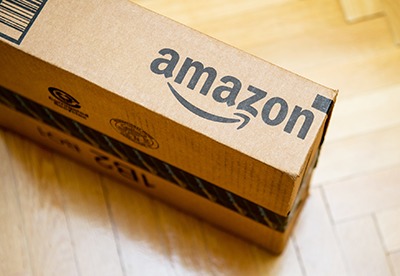 That is according to new research from data and analytics company GlobalData, which says Amazon has targeted the British, German, French, Italian and Spanish markets.

It is thought that the delivery service provider wants to capitalise on its reputation for good customer service - something the insurance industry is often accused of being one of the worst for.

GlobalData financial services analyst, Patricia Davies, said: "Amazon has a positive reputation for putting customers' needs at the heart of its propositions, something the insurance industry has really struggled with, especially after the PPI scandal."

The insurance industry is facing severe digital disruption in the coming years as a result of evolving technology - another potential area that Amazon could exploit, according to the analysis.

It is thought the company's investments in the Echo and Dot position it well for providing the insurance needs of the future, with household technology set to become a key feature of future insurance requirements.

A report from Willis Towers Watson at the start of the year revealed that 58% of senior-level executives in the insurance industry believe they are behind other financial services in implementing digital technologies.

In addition, it was found that most insurers feel uncomfortable with the idea of taking the lead on adopting new technology, with 74% believing the sector is reluctant to show leadership in digital innovation.

"If insurers are not careful they may be pushed out of having a direct relationship with customers, and will be relegated to the role of a price-driven risk carrier at the back-end," Davies continued.

"Either way this is a sure sign disruption is on the way for the UK insurance market.''