Just one in five sure they won't need social care

Some 21% of UK adults anticipate they wont need residential social care in their old age, suggesting the overwhelming majority are facing up to the prospect. 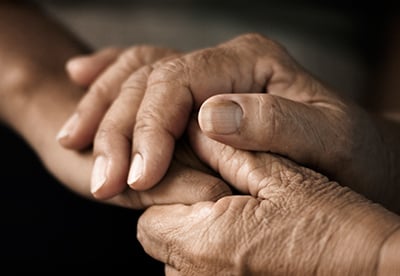 That is according to research by Aegon, which reveals that of those that think they will need care, 67% don't believe it will be until they are 80 or older.

In addition, 80% of people believe the average time needing care is over three years, and 30% think it is more than five years.

However, it was also found that almost nine in ten believe there should be an absolute limit to the amount an individual pays, and most are unwilling to sacrifice their home.

"We need to face up to the growing crisis around how we pay for the increasing number of elderly who'll need some form of social care," Aegon pensions director, Steven Cameron, said.

"The state won't pick up the full tab and failing to plan ahead could have serious implications for inheritance aspirations."

The research shows that approximately a quarter of UK adults believe the government should pay for all the costs of social care, however, two-thirds think they should be shared.

Plans were set out in the last Conservative manifesto to include the value of a persons home when assessing their ability to pay for care, however, 61% of people object to this.

This was particularly true among older age groups, with 73% of people aged over 65 opposed to the proposals, falling to 53% for 18-34-year-olds.

When asked how they would make advance provision for social care costs, 43% said they would use their pension, while selling a home or equity release was picked by 31%.

Some 22% expressed an interest in a social care insurance policy, and the same amount said they would cash in other savings, while a new care ISA was the least popular option.

"As the debate about care costs evolves, getting professional financial advice may help to ensure people are well placed to meet any future costs," Cameron concluded.

This article appeared in our October 2017 issue of The Actuary.
Click here to view this issue
Filed in:
10