The UK economys carbon intensity fell by 7.7% last year  almost three times the global average of 2.6% and greater than any other country in the G20. 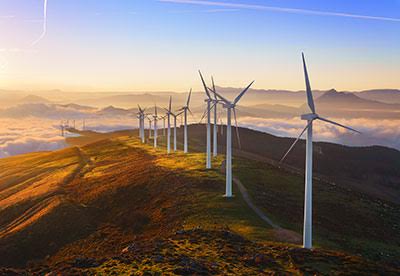 That is according to a report by PwC, which shows the fall was largely due to a decline in coal consumption, which halved last year, as well as improved energy efficiency and moderate economic growth.

It was also found that the UK leads the G20 in having the highest decarbonisation rate since 2000, falling by 3.7% each year - significantly better than the average reductions needed to meet Paris Agreement targets.

PwC director of climate change, Jonathan Grant, said: "The UK led the world in the industrial revolution and is now leading the low-carbon revolution."

Britain has experienced a 13% reduction in total energy consumption this century, due to a combination of efficiency improvements and a structural shift away from heavy industry, the report says.

During that time, renewable energy has more than tripled, and the economy has grown by more than 31%, while coal now represents just 7% of the country's total energy consumption, down from 23% in 2012.

There has also been strong growth in the services sector, which currently represents 80% of GDP, and is relatively low-carbon compared to manufacturing and industry.

Minister of state for climate change and industry, Claire Perry, said: "This report highlights the results of our efforts to phase out dirty coal power while investing in renewable technologies and energy efficiency."

The findings reflect those found in a report by the Netherlands Environmental Assessment Agency, which show that the UK reduced its CO2 emissions by 6.4% last year.

That is significantly greater than the progress made by other countries in the G20, including China, the US and Russia, which saw falls of 0.3%, 2% and 2.1% respectively.

However, Perry added: "The government recognises there is still work to do.

"The upcoming clean growth plan will outline our ambitious plan for reducing emissions in key sectors, while taking advantage of opportunities to grow the economy throughout the 2020s."