The Ministry of Justice has today revealed measures to change the way compensation payouts are calculated following a consultation in March. 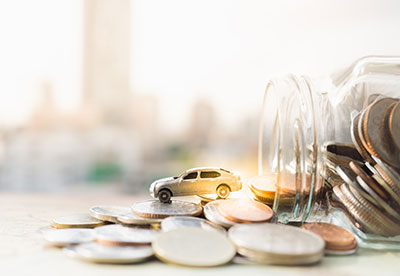 While the government department said it was difficult to estimate what the new discount rate might be, it would likely fall between 0% and 1% based on the information available.

The rate is used to calculate what compensation claimants might receive if they invest the money, however, it was found that victims often take more investment risk than the law currently assumes.

As a result, the government said the proposed changes would set the rate by reference to 'low risk' rather than 'very low risk' investments as at present, better reflecting evidence of the actual investment habits of victims.

This comes after the rate was changed from 2.5% to -0.75% in February, with the decision subsequently criticised for raising motor insurance premiums, and potentially costing insurers up to £3bn.

Justice secretary, David Lidington, said: "We want to introduce a new framework based on how claimants actually invest, as well as making sure the rate is reviewed fairly and regularly.

"In developing our proposals, we have listened carefully to the views of others, and we will continue to engage as we move forward."

Today's proposals also include measures to ensure the discount rate is reviewed at least every three years, as well as the creation of an independent expert panel to assist the justice secretary in deciding future changes.

The government said that claimants should receive neither more nor less than 100% compensation, but that the changes should significantly reduce overpayment.

However, the Institute and Faculty of Actuaries (IFoA) responded to today's announcement by saying it was concerned that claimants' needs are not being put first.

The institute insists that people who receive compensation should not be forced to take any investment risk, and that there should be a distinction between what claimants receive, and how they invest it.

"A system which leaves Individuals open to investment loss is not one which places the needs of the injured party at the centre of the compensation process," IFoA president, Marjorie Ngwenya, said.

"It's crucial to ensure that those who suffer personal injury, and in some cases life changing injury, receive suitable compensation for the injury sustained.

"Forcing claimants to manage the investment of their lump sum places too much risk with them rather than those best placed to manage it, namely, insurers and government."

The IFoA also said that while it argues for a market consistent rate, it welcomes the Ministry of Justice's commitment to review the discount rate every three years.