The Pensions Regulator has today approved a proposal from Tata Steel UK (TSUK) to separate itself from the British Steel Pension Scheme (BSPS), to avoid the company becoming insolvent. 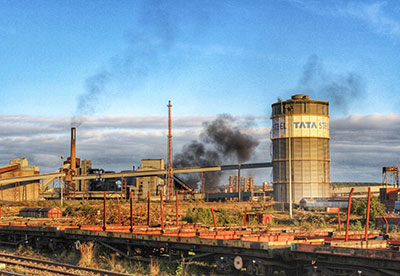 When this takes effect through a regulated apportionment arrangement, Tata Steel will pay £550m into the BSPS and also give it a 33% equity stake in it's UK business.

Approximately 130,000 scheme members will then have the option of switching to a new BSPS scheme, or continuing with the old one into the Pension Protection Fund (PFF).

"The terms agreed for separation will secure a better outcome for the BSPS and its members than TSUK insolvency," BSPS trustee chairman, Allan Johnston, said. "It is the best outcome that could be achieved in the circumstances."

After the separation takes effect, the old BSPS will continue to pay benefits in full until it goes into a PPF assessment period, which is planned for the end of March 2018.

TSUK will have legal obligations to fund the new BSPS if it falls into deficit, which will pay the same benefits as the old one, except that future increases will be smaller.

However, the modified benefits offered by the new BSPS are expected to be better than PPF compensation for the vast majority of current pensioners and for many other members.

"BSPS trustees are pleased that TSUK has agreed to sponsor the new scheme, subject to qualifying conditions," Johnston continued.

"The trustees believe that the BSPS has sufficient assets to fund benefits in the new scheme better than PPF compensation for most members, and to do so on a low-risk basis sustainably into the future."

This situation has led to calls for a change to the system so that pension funds unlikely to meet their obligations have an option other than separation or insolvency.

"A more robust system would allow stressed pension funds to restructure and separate from sponsors who are unable to afford their costs any longer," he added.

"What this delivers is a more realistic promise to scheme members, without the destruction of value that comes with the current PPF route."