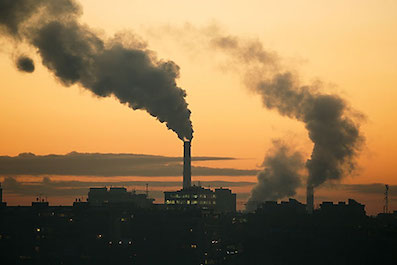 That is according to a new report by the Health and Environment Alliance (HEAL), which reveals that G20 countries collectively spent $444bn (£336bn) supporting fossil fuel energy production in 2014.

However, it shows that the costs to health associated with air pollution from this were approximately $2.8trn, cutting the lives short of an estimated 6.5 million people worldwide.

"European and global leaders continue to pledge to tackle climate change and decarbonise our economy, and still give out billions which leads to global warming, and fuels early death," HEAL executive director, Genon K. Jensen, said.

"It is time to seize the opportunity to improve the health of millions of people worldwide by abandoning subsidies to the deadly fossil fuel industry. They should walk the talk and end fossil fuel subsidies now."

China was found to have paid out $1.8trn in health costs related to fossil fuels in 2014 - more than any G20 country, and 18 times what the nation hands out to oil, gas and coal, producers.

The UK spent $6.5bn of public money subsidising fossil fuels, while it paid $30.7bn in the health care costs from premature deaths related to air pollution, just behind Poland and Germany, which spent $39.2bn and $42.7bn respectively.

The top ten European countries for health costs from fossil fuels are shown below: 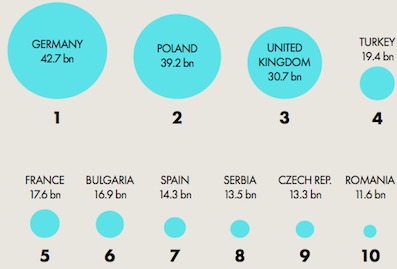 This comes after a report from the Overseas Development Institute earlier this year showed that the UK subsidises coal to the tune of £356m each year, despite government proclamations to the contrary.

In addition, the UK is the only country out of France, Germany, Greece, Italy, the Czech Republic, Hungary, the Netherlands, Poland, and Spain, described as 'very poor' in its transparency of coal subsidy reporting.

"It is ridiculous that we are still subsidising fossil fuels on a large scale," NHS England South regional lead for sustainability and health, Dr Caroline Jessel, said.

"They are responsible for harming human health and causing devastation to the natural environment and human prosperity through climate change.

"It is even more absurd when we consider that now we have viable affordable alternatives."