Government has 'window of opportunity' to avoid exodus of firms

Some 57% of British firms are looking at scenario and contingency planning in the event of a hard Brexit, according to a survey of business leaders. 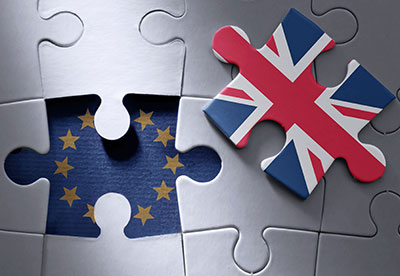 However, only 11% have begun to implement the plans as they seek more clarity, suggesting there is still an opportunity for the government to dissuade them from moving.

The research, carried out by the Institute of Directors (IoD), also shows that 18% of business leaders don't know how EU law affects their sector, while 32% don't understand how moving to WTO rules would affect trade with the bloc.

"Most businesses have not made any concrete changes yet, so there is still a window of opportunity for the government to convince them to hold off triggering contingency plans," IoD director general, Stephen Martin, said.

"Some changes and costs are inevitable no matter how we leave the EU, but the more information the government can provide, the more companies will be reassured they do not have to jump to relocate staff or operations."

The research comes on the same day that think tank UK in a Changing Europe produced a report suggesting the consequences of the UK failing to reach a deal with the EU would be "widespread, damaging and pervasive."

It outlines how a 'chaotic Brexit' could occur if negotiations break down in an acrimonious way, or with no agreement being reached within the two-year period, and without an extension.

This would result in immediate economic repercussions, with businesses knowing that there would be a sharp regime change in legal and regulatory terms, unlike after the referendum result.

The report argues that the immediate macroeconomic impacts would include a further significant fall in the exchange rate, with a similar decrease in the value of sterling to the one seen over the last year.

Consequently, this would result in another rise in inflation, and a fall in real wages and customer demand, while business confidence would likely take an immediate and sustained hit.

"It turned out the treasury was crying wolf over the short-term impact of a vote to leave; uncertainty did not persist, Article 50 notification was delayed, and monetary policy responded," the report says

"However, these factors are much less likely to mitigate the impact of a 'no deal'. Remember, the wolf does eat the boy in the end.

"While certainly not to be regarded as valid quantitative estimates, our analysis does give a sense of the order of magnitude of plausible short-term impacts of a 'chaotic Brexit'."