Average comprehensive motor insurance premiums in the UK increased by 8.4% to £847 during the second quarter of this year  the largest quarterly jump recorded since 2010. 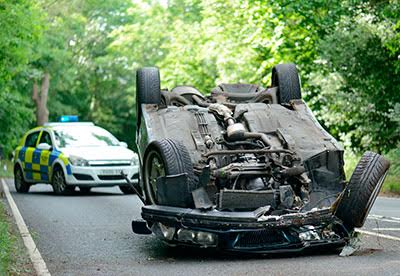 That is according to new research by Confused.com, which shows that premiums are now just £11 short of the all-time high recorded in 2011, with motorists paying 18.5% more now than they did this time last year.

This is thought to reflect the 2% rise in insurance premium tax last month, as well as changes to the discount rate, which are estimated to cost insurers and reinsurers up to £5.8bn.

"Car insurance prices are now almost as high as they've ever been - with no evidence to suggest the increases are going to abate," Confused.com head of data services, Steve Fletcher, said.

"The £1,000 average premium is still on the horizon, but getting closer. There is every likelihood that car insurance prices will be the most expensive on record by the end of this year."

The research involved analysis of almost two million customer quotes, finding that premiums have increased in 10 of the last 12 months, reflecting a general upward trend over the last three years.

It shows that every age group has been affected by double-digit annual increases, with drivers aged 62 seeing the biggest hike at 23.6%, and those aged 18 seeing the smallest at 11% - although they continue to pay the most.

Every region of the UK experienced an increase, with drivers in West Central London seeing the biggest increase in England, while motorists in the Scottish Highlands & Islands saw the biggest hike north of the border.

It is thought that proposals in the Queen’s Speech to ban offers to settle claims without the support of medical evidence could cut down on whiplash claims, which are also driving up premiums.

"However, insurers will be concerned that government plans to review the Ogden rate appear to have taken a backseat after reforms were left out of the Queen's Speech," Willis Towers Watson director, Stephen Jones, said.

"If left as it is, the current rate will most likely cancel out any savings delivered by whiplash reform."