Real household disposable income per head in the UK declined by 2% in the first quarter of 2017 compared with the same time last year. 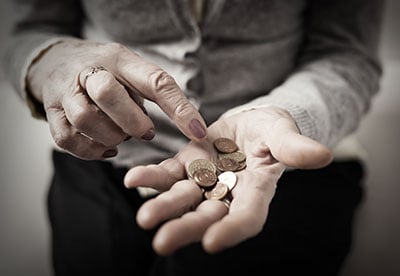 Figures released today by the Office for National Statistics show the fall was the largest recorded since the end of 2011, with increasing prices of goods and services thought to be responsible.

However, consumers' perception of the economy and their own financial situation improved, suggesting that households are unconcerned about the inflation squeeze.

"The pressure is ratcheting up on UK households, but consumers don't seem to be fully aware of the crunch that is underway," Hargreaves Lansdown, senior analyst, Laith Khalaf, said.

"They have clocked rising prices, but don't see this has significantly dented their finances. Inflation takes time to really bite into household budgets, but the risk is by the time it's happened, it could be too late to do much about it."

Real household disposable income per head is defined as money to spend on consumption, save or invest, after taxes, national insurance, pension contributions and interest has been paid. 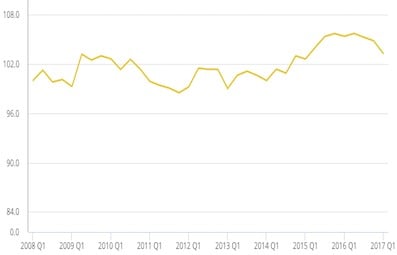 Although the fall in value of the pound has pushed inflation up, Khalaf explained how this could have been positive for those with investments in the stock exchange, which has been boosted as a result.

"This may in part be responsible for high levels of consumer confidence, as those with pensions and stocks and shares ISAs will have seen the value of their nest eggs rise considerably over the last year or so," he said.

Today's figures also show that consumer debt is on the rise, which it is thought to be stimulating the economy, but potentially storing up problems for the future.

"UK consumers could be sleepwalking into financial difficulties, and will once again raise the question of whether the central bank should increase interest rates," Khalaf said.

"A small rise of 0.25% probably won't hurt household budgets too much, but might just serve to remind us that rates can go up as well as down."