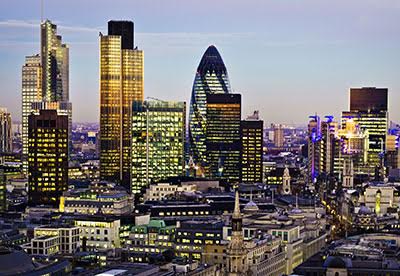 In addition, the research shows that business growth optimism for the year ahead fell to the second lowest recorded since December 2011 last month, with inflationary pressures continuing to hit consumers.

"With business optimism having been hit by the intensification of political uncertainty, and households battling against rising inflation, the indications are that the economy's resilience is being tested," IHS Markit economist, Chris Williamson, said.

The service sector moved two points down in the IHS Markit/CIPS index from 53.8 in May to 53.4 in June, with any score above 50 signifying an improvement, and anything below that a deterioration.

The results complete a "triple whammy" of disappointing PMI survey readings this week, which also showed slowdowns in the manufacturing and constructions sectors.

"Although the three PMI surveys are running at levels that are historically consistent with GDP growing by around 0.4% in the second quarter, it's clear that the economy heads into the third quarter losing momentum," Williamson added.

Despite subdued growth, the results for the services sector show a slight pick-up in the pace of job creation, which was at its fastest rate for 14 months in June, while providers also reported a rise in unfinished work.

Even though the pace of backlog accumulation was among the fastest seen over the past years, respondents to the survey highlighted their worries about the general economic outlook.

"At this stage it's hard to tell if this is a sign of things to come or if this lack of enthusiasm is just a temporary response to increasingly tough trading conditions," CIPS director of customer relationships, Duncan Brock, said.