The UKs decision to leave the EU could bring the country closer to the US and enhance its position as a security leader of the western world. 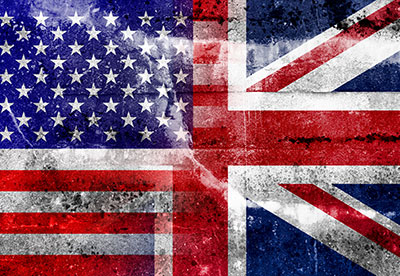 That is according to Dr Henry Kissinger, who was "automatically in favour of remain" when the referendum issue first came up, but now believes Britain can contribute in a way that is more relevant in an 'emerging world'.

Speaking at conference on Tuesday, he said: "As the debate evolved, I began to think of the need for a new articulation of the Atlantic partnership.

"Not because the importance of the partnership has diminished, quite the contrary, but because the conditions in which it has to be applied are now more widespread.

"I hope that as the negotiations develop, Britain will be able to continue what was its historic role in forming the Atlantic partnership, even with some links to Europe severed, others will be built with the US, which will contribute to Europe.

"Britain will not leave Europe completely, but will contribute in a way that is more relevant today in the emerging world."

This idea of recognising the importance of an 'emerging world' was a reoccurring theme at The Centre for Policy Studies' Margaret Thatcher Conference on Security.

Kissinger spoke of the rising importance of China, and how the western world has a choice between co-existing with the country, or being confrontational, the political, economical and cultural implications of which will be significant.

This was reflected in General Lord David Richards arguing that both the EU and UK are "obsessed" with Europe, rather than embracing wider global opportunities.

"We are living in a new world, a much bigger world, but the EU is so insular and determined to make the European experiment work," he said. "And in Britain, we are obsessed with Europe, rather than emerging opportunities.

"There will be a dip economically, which worries me, as our future prosperity depends on our economy, but its not as bleak as people might think with potential trade deals.

"The bigger question is leadership and grand strategy. Has the UK got a clear vision of where it wants go in the post Brexit-era in order to deliver policy? I don't see any harnessing of that strategy being forthcoming."